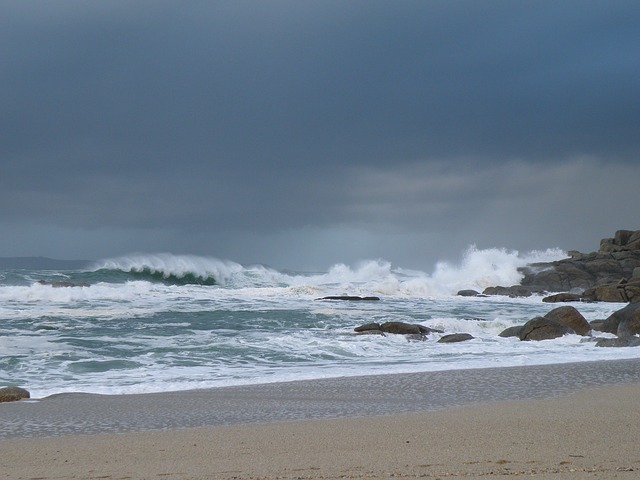 ​Just as the ocean, she waited until the right time to break down and unleash the storm within. She tried her hardest to time her emotional cleansing with the occasional coastal storm the ocean would let free. As the dark and calm began to set in the overcast, she could feel the hurricane in her soul begin to spin. Wind howls at the anticipation and the rain falls to the earth slow at first, then gaining speed and force. With each strike of lightening her heart pulsates harder and harder. The thunder courses through her body, making everything she has bottled up, break and burst through the barricade she has built. The storm has now reached full rage both inside and out.

Tears spill over the rims of her reddened eyelids as the rain batters the window panes. She let the noise of the storm encase her as she stepped out the door into the battlefield. The ocean roars as she sprints to the waters’ edge. On the crest of the dune she gazes into the heart of the havoc seeing rage in all of its glory.

Just as soon as the storm had come it quickly had stopped. It let whatever else it had left fall in small drops kissing her skin as she made her way to the sand. Her tears began to stop as the rain let up. With the storm, it brought a whole new world. Letting herself break down and become new again mimicked the effects the storm had on the coast. She never let herself fall to the trials and tribulations that were thrown at her, but when she finally did, she experienced it in the most tantalizing way possible, creating a better impact. She smiled as a beautiful array of colors, composed as a rainbow, stretched itself across the blue sky.